Bob Baldwin appeared at the Capital Jazz Cruise in October, 2012 and had a blast. He reflects on that moment in time. 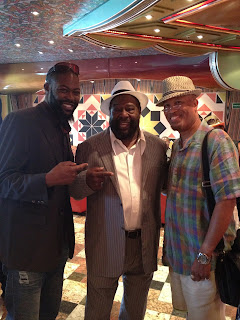 "To hang with such decade-crossing legends as Earl Klugh, George Duke, Stanley Clarke, George Clinton, as well as some of my peers like Eric Roberson, Lalah Hathaway, Gerald Albright, Marcus Johnson, Boney James and others...was quite a treat.

Cliff Hunte is great visionary and wish him continued success as he forges into another decade."

Posted by Who is Bob Baldwin/NewUrbanJazz at 10:35 AM

What We are Following

Promote Your Page Too